Purpose The purpose of this paper is to examine the dynamics of human capital accumulation and human capital depletion in the processes leading to business failure.

Design/methodology/approach Building on the human capital theory, strategic human resource and business failure literature, this paper develops a conceptual framework which links the inward and outward dimensions of human capital flows in the business failure process. Findings The analysis sheds light on why some highly skilled individuals may opt to flee declining firms to avoid being stigmatised whilst others become motivated to joint such firms.

Research limitations/implications The paper suggests that understanding the nature and dynamics of both flows are essential when seeking to avert collapse.

Originality/value In spite of a growing body of research on business failure and intense competition for top talent, much of the existing literature has circumvented the relationship between them. This study develops a unified model towards enhancing our understanding of the human capital flows.

Over the past couple of decades, a burgeoning stream of research has demonstrated that when companies are collapsing or experiencing declining performance, some highly skilled individuals jump ship to avoid being stigmatised and stereotyped ( Jiang et al., 2017; Semadeni et al., 2008; Sutton and Callahan, 1987; Pozner, 2008). Indeed, threat of business failure has an emotional and psychological effect which then influences employees’ mobility just before or after the collapse (see Shepherd, 2003). Given that top-management team members are often stigmatised by failure, it makes sense for some to jump ship (Wiesenfeld et al., 2008). Nevertheless, there might be another side of the coin where some highly skilled individuals and reputable organisations decide to get “on board” such failing firms. Indeed, human capital accumulation can play a pivotal role in reversing the business decline process (see D’Aveni, 1990). Yet the theoretical grounds on which the current streams of scholarly works have been reformulated and examined have yet to fully embrace and explore both dimensions of human capital flows just before business collapse 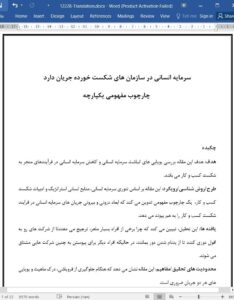 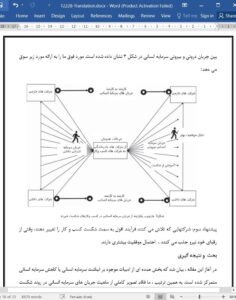 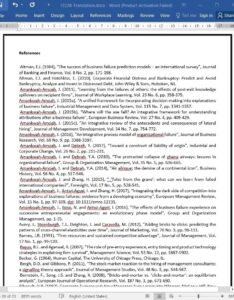