Robot manipulators are playing increasingly significant roles in scientific researches and engineering applications in recent years. Using manipulators to save labors and increase accuracies are becoming common practices in industry. Neural networks, which feature high-speed parallel distributed processing, and can be readily implemented by hardware, have been recognized as a powerful tool for real-time processing and successfully applied widely in various control systems. Particularly, using neural networks for the control of robot manipulators have attracted much attention and various related schemes and methods have been proposed and investigated. In this paper, we make a review of research progress about controlling manipulators by means of neural networks. The problem foundation of manipulator control and the theoretical ideas on using neural network to solve this problem are first analyzed and then the latest progresses on this topic in recent years are described and reviewed in detail. Finally, toward practical applications, some potential directions possibly deserving investigation in controlling manipulators by neural networks are pointed out and discussed. 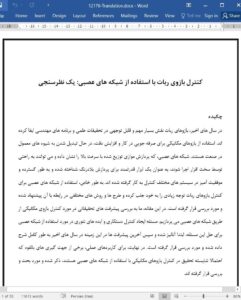 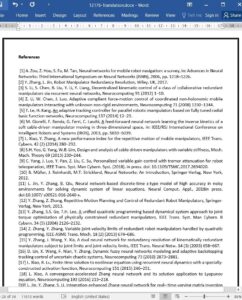