Methods Ten healthy maxillary first premolars were extracted from eight adolescent healthy patients. Five of the premolars were removed prior to application of any orthodontic forces (group 1 control group), and the other five premolars were indicated to be removed in non– extraction orthodontic treated cases after a year due to change in their treatment plan to extraction of these five premolars (group 2 treatment group). All patients had initial CBCT as part of their initial treatment records and all extracted teeth were scanned using a micro-computed tomography (Micro CT) scanner. Reconstructed scanned images were processed and numerous crucial resorption lacunae parameters were evaluated including linear measurements of the width and length of the resorption lacunae. Comparisons were performed between the two groups initial teeth lengths (measured from CBCT and MicroCT).

Conclusion The present study presented a standardized method to assess root resorption based on Micro CT.

This study presents a unique method of evaluating orthodontics induced tooth root resorption after one year of dental arch expansion by comparing initial root length from CBCT to after extraction lengths from Micro CT. The restricted field of view, high resolution, low-dose CBCT might be used in the future to monitor and /or assess in vivo OITRR clinically. 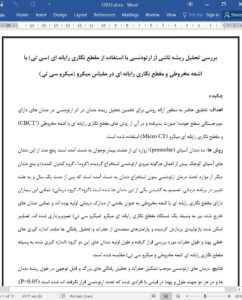 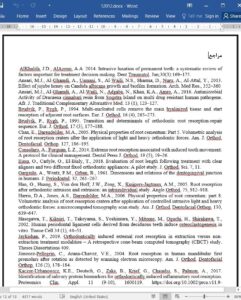