Due to the complexity of predicting future earthquakes, machine learning algorithms have been used by several researchers to increase the Accuracy of the forecast. However, the concentration of previous studies has chiefly been on the temporal rather than spatial parameters. Additionally, the less correlated variables were typically eliminated in the feature analysis and did not enter the model. This study introduces and investigates the effect of spatial parameters on four ML algorithms' performance for predicting the magnitude of future earthquakes in Iran as one of the most earthquake-prone countries in the world. We compared the performances of conventional methods of Support Vector Machine (SVM), Decision Tree (DT), and a Shallow Neural Network (SNN) with the contemporary Deep Neural Network (DNN) method for predicting the magnitude of the biggest upcoming earthquake in the next week. Information Gain analysis, Accuracy, Sensitivity, Positive Predictive Value, Negative Predictive Value, and Specificity measures were exploited to investigate the outcome of using a new parameter, called Fault Density, calculated using Kernel Density Estimation and Bivariate Moran's I, on the performance of the earthquake prediction, in comparison to other commonly used parameters. We discussed the behavior of the four models while dealing with different combinations of parameters and different classes of earthquake magnitudes. The results showed promising performance of the proposed parameter for the earthquakes of high magnitudes, especially using SVM and DNN models.

Earthquake is a destructive natural disaster that occurs almost without any warning in advance. It inflicts plenty of casualties and financial loss to human societies. Besides, it can impose several environmental side effects such as surface fault rupture [1] and soil liquefication [2] or initiates other types of disasters like tsunamis [3], landslide [4], and fires [5]. Due to the high potential of destruction and death [6,7] as well as the direct and indirect effects of earthquakes [8], researchers have been vigorously working on the idea of proposing different approaches for earthquake prediction [9–11]. Timely and reliable forecasting can provide the possibility to consider preventive measures for mitigating the devastating effects of powerful earthquakes. Besides, such a forecast would be able to increase the level of public preparedness. A successful forecast determines the geographical location, the time, and the magnitude of an earthquake [12]. Such predictions can save many lives and vast amounts of resources. However, despite proposing various methods using different input parameters, such successful forecasts are rare amongst the past research [13]. 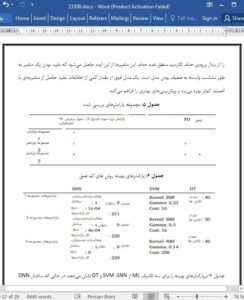