Internet of Things (IoT) has been the most emerging technology in the last decade because the number of smart devices and its associated technologies has rapidly grown in both industrial and research prospectives. The applications are developed using IoT techniques for real-time monitoring. Due to low processing power and storage capacity, smart things are vulnerable to the attacks as existing security or cryptography techniques are not suitable. In this study, we initially review and identify the security and privacy issues that exist in the IoT system. Second, as per blockchain technology, we provide some security solutions. The detailed analysis, including enabling technology and integration of IoT technologies, is explained. Finally, a case study is implemented using the Ethererum-based blockchain system in a smart IoT system and the results are discussed.

CYBER attacks on Internet of Things has increased by 22% in last quarter asserted a report titled ”State of IoT Security”. The report suggested that some of the sectors like smart cities, financial and transport, have a maximum ranking in attacks scenario. Day by day, attacks are getting sophisticated and high-grade, which is a matter of concern. In the last decade, Blockchain technology is one of the emerging concepts accepted by both research and industry, having six principal characteristics decentralized, immutable, transparent, autonomy, anonymity, and open source[1]. Similarly, IoT is also one of the promising technical filed using lots of smart application are being developed. The sensors, intelligent devices, and actuators are used to implement IoT applications. In Fig. 1, some of the promising IoT based applications are shown. The basic architecture of the IoT system is three layers consists of the physical layer, network layer, and application layer. The authors in [2], discussed security issues present in each of the IoT architecture layer. In an IoT application, different heterogeneous devices are connected and communicated to each other. As most of the smart devices are low-end devices, they are more vulnerable to different attacks. So to implement IoT based smart applications required a lightweight algorithm for encryption/decryption, secure communication, and computation. The basic security goal that is CIA (Confidentiality, Integrity, and Availability) must be maintained by the application. 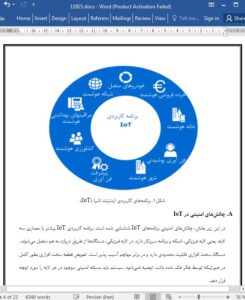 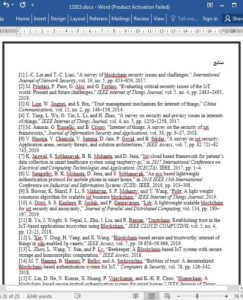