Traditional personality assessment uses questionnaires to determine someone’s personality. Although the common Big Five and MBTI tests are deemed to be accurate, those questionnaires don’t precisely project a person’s true personality. This method lacks reliability because of its self-report approach which can cause some biased responses. To resolve this problem, we are determined to find a better personality assessment method. Video games offer an immersive way for people to freely make a choice without fear of the consequence. Our objective is to implement the Big-Five Factor Markers to a game and find out whether it is possible to create a game that can predict someone’s personality as well as how it performs when compared to the traditional method. We developed a simple role-playing game where the player faces 12 choices based on the IPIP Big-Five Factor Markers and behave freely according to their individual propensities. Each choice made by the player will increase the corresponding personality’s score. To analyse the game’s performance, we conducted a study among 10 students. Each participant was asked to complete the game and fill out a 50-item Big Five personality questionnaire. We found out that the game showed promising results as it is similar to the results from the questionnaire. Even though it only has 12 game variables, the game is able to averagely predict a person’s personality. With further research done, it is highly possible that we can make a more complex game with more game variables to predict the personality more accurately.

The game proves that there is a lot of potential for games to predict one’s personality. The results might not be the best, but by adding some features, incorporating new techniques and doing a more extensive research on the topic, the game can be improved. The feedback received from the subjects who had played the game and taken the IPIP questionnaire are positively aimed towards the game. The idea of playing a game to know one’s personality was well received by the subjects. Using a game to predict personality is both more engaging and enjoyable for the player. In the advancement of deep learning and personality psychology, predicting a person’s personality is not only possible, but also can be done in a more entertaining, less boring way. 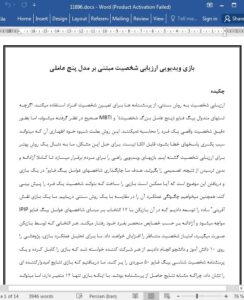 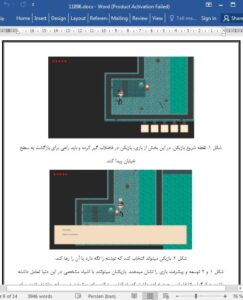