Smart Cities are complex environments, comprising diverse cyber-physical systems (CPS), including Internet of Things (IoT). Smart Cities pose challenges of scale, integration, interoperability, sophisticated processes, governance, human elements. Trustworthiness (including safety, security, privacy, reliability and resilience) of these Smart Cities and their elements is critical for gaining broad adoption by the leadership and the public. The US National Institute of Standards and Technology (NIST) and its government, university and industry collaborators, have developed an approach to reasoning about CPS/IoT trustworthiness that can be applied to Smart Cities. The approach uses ontology and reasoning techniques, is based on the NIST Framework for Cyber-Physical Systems, and demonstrates how a greater understanding of the interdependencies between concerns (elements of the CPS Framework) can be achieved. To demonstrate capabilities of the approach in a short paper, we develop a public safety use case and show how reasoning can be used to analyze and validate the trustworthiness of elements of Smart Cities.

A Smart City can be described as a system of systems, including instances of Cyber-Physical Systems (CPS)/Internet of Things (IoT), that exhibits both scale and horizontal integration. “Scale” does not merely refer to a relatively large set of CPS. It also includes subsets that target a dynamic but coordinated function, and described the interaction of these subsets to realize the goals set out in making a given city smart. As such they exhibit complexityin technological diversity and also emergent diversity in usage of their functions.

In this paper, we illustrated, using a simple example, how an extensive static model, such as the NIST CPS Framework, can be enriched by creating an ontology equivalent and developing reasoning capabilities in addition to the native capabilities of the CPS Framework. The availability of the CPS Framework allowed us to speed up the development of an ontology for a subset of the framework. The ontology permitted us to demonstrate the ability to gain additional insights into a use case through reasoning. 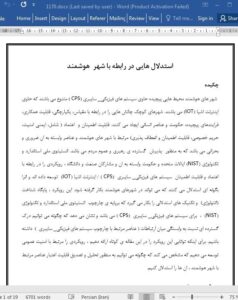 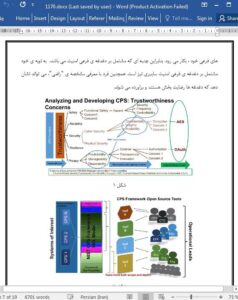 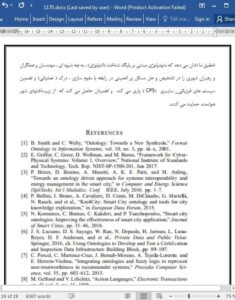