The narrative about the future of money in developing countries is dominated by international financial institutions (IFIs) and their affiliates, multinational payment service providers, mobile network operators and academia. Most have reduced the future of money or monetary needs of the unbanked to the eradication of cash by digitization. In contrast to this techno-centric narrative, in this article, I situate the future of money in a new sociotechnical model which I refer to as the quantity, quality and public authority deficit (QPAD) hypothesis. It recognizes three disadvantages (or deficits) from the use of money: quantitative limits, which relates to the fact that its capacity to act as medium of exchange, is conditional on its availability; a qualitative deficit, involving the failure to embody attributes of transacting parties (identity, reputation etc.); and a public authority deficit, represented by weak central authority involvement in addressing the monetary needs of the unbanked poor. On this basis, any future inclusive monetary innovations which do not address these three deficits will most likely be unsuccessful. These ideas are based on findings from a participatory ethnographic study that draws on a sociology of scientific knowledge framework (Mackenzie, 1996, Pinch and Bijker, 1984, Spinardi, 2008) to evaluate technological properties of the Edinburgh local exchange trading scheme (LETS)-issued virtual currency. This currency is compared and contrasted with the properties of government-issued money.

This study redefines the problems towards which future monetary innovations for the unbanked poor should be geared, by contributing answers to a simple but complex question: What are the monetary needs of the unbanked poor in developing countries and what is the role of information and computer technology (ICT) in addressing them?

These are relevant questions because a deep understanding of user needs and the definition of the key problem are necessary in the critical first stage of most innovation models (Abernathy and Utterback, 1978; Rogers, 1983; Urban and von Hippel, 1989). International financial institutions have reduced the monetary needs of the unbanked poor to their supposed need for bank-sourced money, while mobile network operators, international payment providers, and academic researchers speculatively situate them with respect to digital money or mobile money. 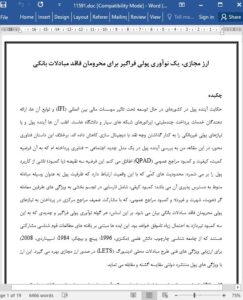 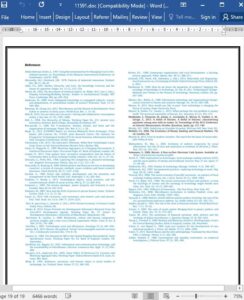