Background: Enterococci form a part of the normal flora of the intestinal tract, the oral cavity, and the vagina; also, they can cause UTI, septicemia, intraabdominal abscesses, and nosocomial infections. High-level gentamicin resistance (HLGR) in enterococci is mediated by aminoglycoside modifying enzymes, which is mainly encoded by aac (6’)-Ie-aph (2”)-Ia gene.

Methods: In a descriptive and prospective study, a total of 100 enterococcal isolates were collected during September 2014 and June 2015 from a pediatric hospital in Tabriz, northwest of Iran. Bacterial identification and species determination were performed by standard biochemical tests. Antimicrobial susceptibility tests were performed by Kirby Bauer disc diffusion method. The frequency of aac (6’)-Ie-aph (2”)-Ia gene in the isolates was determined by polymerase chain reaction.

Results: Antibiotic susceptibility tests revealed that the highest resistance was against erythromycin (79%) and tetracycline (74%), whereas the highest susceptibility was observed against chloramphenicol (86%). Resistance to ampicillin, ciprofloxacin, and vancomycin were detected in 47%, 53%, and 42% of the isolates, respectively. In this study, 31 isolates (31%) were identified as HLGR from which 21 (67.74%) had resistance gene of aac (6’)-Ie-aph (2”)-Ia in their genome. The prevalence of resistance to other antibiotics and multi-drug resistance (MDR) was higher among the HLGR isolates compared to the non-HLGR isolates.

Our results revealed a high prevalence of MDR and HLGR, which underlines the necessity of control and prevention measures resistance in enterococci through epidemiological investigation of resistance and application of molecular typing methods. Using antibiotic sensitivity disks, particularly aminoglycoside, is essential in antibiotic sensitivity tests. Their antibiotic resistance and molecular typing could help us understand their medically important organisms; moreover, the use of aminoglycoside antibiotic disks in sensitivity testing could help us select an appropriate treatment. 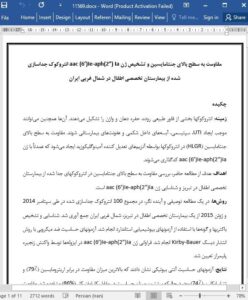 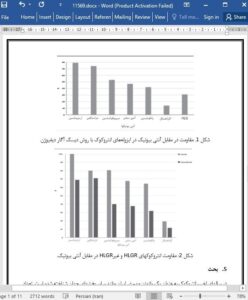