Current seismic design philosophy intends that ordinary structures remain within an elastic range or experience minor structural damages under frequent earthquakes with a probability of exceedence of 50% in 50 years while allowing them to suffer major structural damages under a design-based earthquake with a probability of exceedence of 10% in 50 years (SEAOC, 1995; BSSC, 1997; ASCE, 2000; BSSC, 2003). However, this is contrary to the public’s expectation that structures engineered according to current seismic codes be in function immediately after a design-based earthquake. Socio-economic developments have significantly raised the required performance level of structures and seismic risk defined as loss of life and economic loss in urban areas has also increased because of the dense urbanization that has taken place worldwide.

This paper proposes a base isolating system to reduce the seismic demands of a low- or medium- rise structure and experimentally investigates the seismic response of the base isolated structure throughout shake-table tests after designing it according to energy balance seismic design procedure. The base isolating system considered in this study consists of laminated-rubber bearings and Ushaped hysteretic (UH) dampers which are made of high toughness steel (HTS) and are machined with slotted holes to increase their deformation capacity. 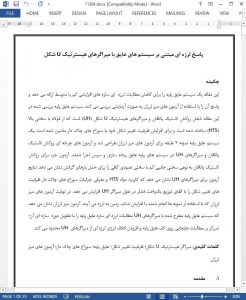