Long non-coding RNAs (lncRNAs) are transcripts with low protein-coding potential that represent a large proportion of the transcriptional output of the cell. Many lncRNAs exhibit features indicative of functionality including tissue-restricted expression, localization to distinct subcellular structures, regulated expression and evolutionary conservation. Some lncRNAs have been shown to associate with chromatin-modifying activities and transcription factors, suggesting that a common mode of action may be to guide protein complexes to target genomic loci. However, the functions (if any) of the vast majority of lncRNA transcripts are currently unknown, and the subject of investigation. Here, we consider the putative role(s) of lncRNAs in neurodevelopment and brain function with an emphasis on the epigenetic regulation of gene expression. Associations of lncRNAs with neurodevelopmental/neuropsychiatric disorders, neurodegeneration and brain cancers are also discussed.

It is now clear that the majority of the mammalian genome produces RNA transcripts despite only approximately 1% of the DNA sequence encoding proteins (a phenomenon known as pervasive transcription) [1]. The majority of loci produce a forest of interlaced [2] and overlapping [3] transcripts in both sense and antisense orientations [4,5]. Complementary results have been observed using multiple transcriptomics methodologies (i.e. RNA-seq [6], RNA tiling arrays [3,7– 11], sequencing of full-length cDNA libraries [2,12], high-throughput rapid amplification of cDNA ends (RACE) [7] and sequencing of CAGE tags [2]) suggesting that the observed transcription is real and not a technical artefact or background genomic DNA/pre-mRNA. 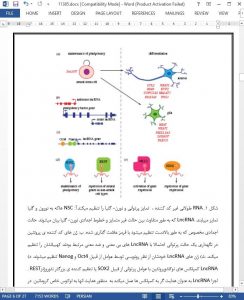 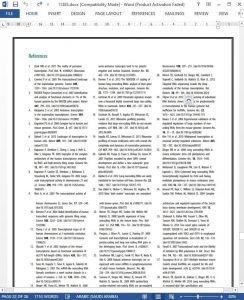