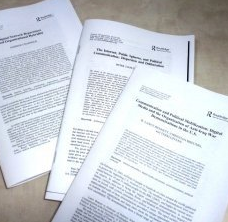 Allergy to inhalant and food allergens affects many patients worldwide. Various animal species are also known to suffer from allergic diseases, such as dogs and cats with atopic dermatitis. There are many similarities between animals and humans in the pathogenesis, mechanisms, and treatment of allergic diseases. Also research into elucidating allergy mechanisms and development of new therapies in humans has been possible by utilizing animal models. This Special Issue of Veterinary Sciences on “Allergies in Animals and Humans” invited articles and reviews, especially on how allergic diseases in animals can shed light on these in humans, or visa versa.

The review by Marsella and De Benedetto [1] gives an up to date summary on the similarities and differences of atopic dermatitis between dogs, cats, horses, and humans in terms of pathological mechanisms and current and new treatments. The authors quite rightly point out that canine atopic dermatitis, although associated with characteristic clinical signs and allergic sensitization to a number of inhalant or food allergens, is not a single disease entity but is a clinical syndrome characterized by erythema and pruritus caused by a multitude of different factors. Thus treatment and management requires a multimodal approach which Marsella and De Benedetto comprehensively discuss [1]. Intriguingly, feline atopic dermatitis manifests in different ways compared to other animal and human species and the skin barrier defect documented in dogs, horses, and humans has not been documented in cats.