This paper investigates the effects of global economic uncertainty and trade policy–related uncertainty in the US in predicting the bond and equity flows to Turkey during the period from January 2008 to November 2019. We use the time-varying Granger-causality test to assess the ability of economic policy uncertainty and capital flows to forecast Turkish equity and bond markets using fund-level data on bond and equity inflows compiled by the Emerging Portfolio Fund Research (EPFR) global database. Although we found no evidence of causality in the standard Granger-causality test, the time-varying robust causality test detects significant episodes that imply a causal relationship between capital flows and uncertainty indexes, especially during the global financial crisis and the election of the Trump administration.

A substantial surge in capital flows to emerging markets (EMs) has occurred in recent decades. The rising global appetite for risk in an environment of low interest rates and abundant liquidity in developed countries, coupled with improving growth prospects in individual EMs, has expanded the cash flows to domestic financial instruments. These trends helped EMs fill their savings gaps, finance their current account deficits, and access relatively cheaper global funds. Furthermore, because of the rise in real exchange rates in times of robust capital inflows, EMs recently enjoyed low and less-volatile inflation, which had not been seen in their history before the 2000s. Because of these favorable liquidity conditions, in the posteglobal financial crisis (GFC) period, the Turkish economy did not experience a major financial crisis due to either regional or global spillover, which had been observed on several earlier occasions (Comert & Selman 2018). Nevertheless, the GFC, mainly initiated in developed countries, had implications for the EMs because they are highly dependent on external capital due to a low savings rate. Apart from the GFC, in some cases, the reductions in the capital inflows have led to signs of financial instability, including volatility in exchange rates and inflation as well as bankruptcies. Examples include the European sovereign debt crisis in the second half of 2011, the so-called taper tantrum after May 2013, and normalization of monetary policy by the US Federal Reserve (the Fed) from 2015 until late 2016 (Fig. 1). Overall, although capital flows contributed to a positive growth environment and less-volatile inflation and exchange rates in EMs, they also resulted in high debt in EMs (Fig. 2) and led to significant instability in their financial markets because of the potential for sudden reductions in capital flows. 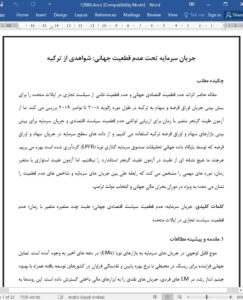 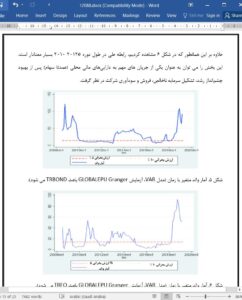 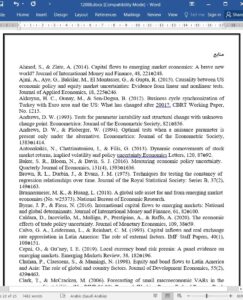