BACKGROUND. Desmoid tumors (aggressive fibromatoses) are benign neoplasms with high rates of recurrence after surgery. Radiotherapy is sometimes reported to prevent recurrences, but not in all studies. In order to evaluate the effect of radiation, comparative analysis was performed.

METHODS. The authors conducted a MEDLINE search and collected all articles in the English language on the treatment of “desmoid tumor” or “aggressive fibromatosis” from the years 1983–1998. They categorized treatment into three groups: surgery alone (S), surgery with radiotherapy (S 1 RT), or radiotherapy alone (RT). The S and S 1 RT groups were each subdivided according to whether margins were free (2), positive (1), or unknown. Each subgroup was divided into cases with primary, recurrent, or unknown tumor. 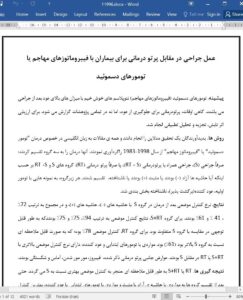 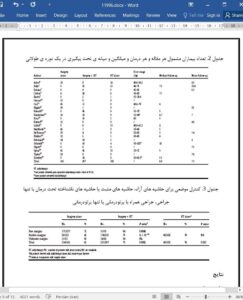 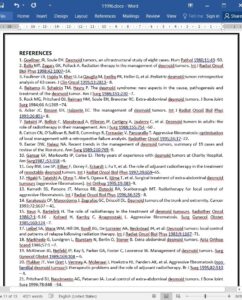