The strengths of social norms vary considerably across cultures, yet little research has shown whether such differences have an evolutionary basis. Integrating research in cross-cultural psychology with evolutionary game theory, we show that groups that face a high degree of threat develop stronger norms for organizing social interaction, with a higher degree of norm–adherence and higher punishment for deviant behavior. Conversely, groups that have little threat can afford to have weaker norms with less punishment for deviance. Our results apply to two kinds of norms: norms of cooperation, in which individuals must choose whether to cooperate (thereby benefitting everyone) or enrich themselves at the expense of others; and norms of coordination, in which there are several equally good ways for individuals to coordinate their actions, but individuals need to agree on which way to coordinate. This is the first work to show that different degrees of norm strength are evolutionarily adaptive to societal threat. Evolutionary game theoretic models of cultural adaptation may prove fruitful for exploring the causes of many other cultural differences that may be adaptive to particular ecological and historical contexts.

The development and enforcement of social norms is a unique feature of human sociality that transcends history and groups. The capacity for social learning and cultural transmission enables humans not only to develop, maintain, and enforce social norms, but also to pass them on to future generations. For any cultural group, social norms serve a critical function in that they enable the group’s members to coordinate social action and accomplish tasks. Yet while social norms are universal, the strength of social norms varies widely around the globe. Research has shown, for example, considerable cross-cultural variation in norms for fairness, cooperation, and the willingness to punish to enforce such norms (Balliet & Van Lange, 2013; Ensminger & Henrich, 2014; Gelfand et al., 2011; Henrich et al., 2006, 2010; Herrmann, Thöni, & Gächter, 2008). Understanding the evolution of norms and how differences in norm strength arise through the process of cultural adaptation is an important part of understanding our complex social world. 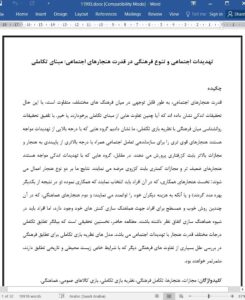 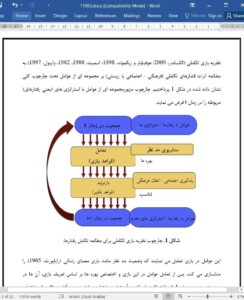 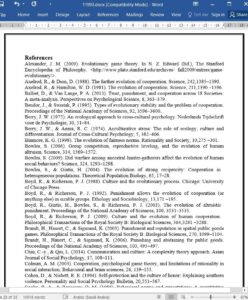