Objectives To identify sprint performance determinants in young athletes in the field in both sexes.

Results The multiple regression analysis selected the variables leg length, vertical jump, RAST total time (RASTtt) and fatigue index for both groups, determined 95.5% and 76.9% of sprint performance on boys and girls, respectively. To confirm our results, we performed a cross-validation on the linear regression, which showed that the measured and predicted sprint performances in CVG were not significantly different (P > 0.05). In addition, the study demonstrated that biological maturity is associated with all variables of the model (P < 0.05).

Conclusion The variables leg length, vertical jump, RASTtt and fatigue index explain in different proportions sprint performance in young boys and girls athletes. In addition, this study add to knowledge of researchers and coachers, indicating which variables should be part of the training program of young athletes sprint runners.

In summary, leg length, vertical jump, RASTtt and fatigue index variables can explain, in a different ratio, performance in sprint running for young athletes of both sexes. Although biological maturity did not form part of the prediction model, it is must also be considered as it had a significant impact on all prediction variables. The regression model satisfactorily estimated the determinant variables in sprint running with young athletes of both sexes. 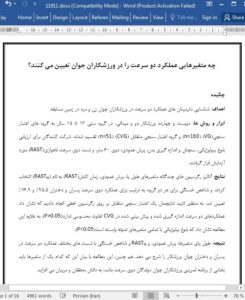 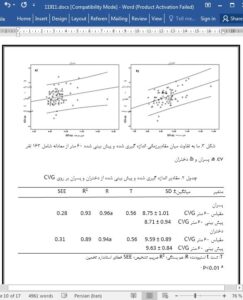